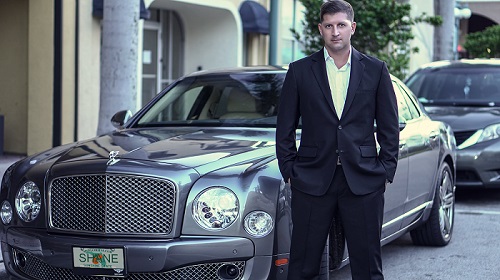 Shane Hunter was born April 13, 1979 and grew up in Brockton, MA (The City of Champions), an urban suburb 20 miles south of Boston. As the eldest brother, Shane was forced into a leadership role the day before his ninth birthday when his mother died from cancer. At this early age, Shane began his maturation and developed the virtues that embody a Champion.

After years of captivating the attention of friends and family with freestyle rhymes on baseball road trips and just about anywhere there was an audience, Shane decided to embark on a journey to realize his dream of becoming a professional entertainer. While finishing up his collegiate career at the University of Nevada Las Vegas (UNLV), Shane recorded his first songs in 2002 as a member of Dangerous Headz with the album On Tha Rise.

In April, 2003 at The Joint in the Hard Rock Hotel and Casino in Las Vegas, NV, Shane entered a talent competition sponsored by local hip-hop radio station, KLUC 98.5. Previous headliners at The Joint included Guns N’ Roses, the Eagles, and Justin Timberlake. While Shane’s talents were not recognized in the same competition the year prior, his perseverance led him to the stage once again, where he engineered what would be the first of many exhilarating performances. Shane won the competition alongside Dangerous Headz member Classic and Gbang. This memorable night provided Shane the confidence necessary to progress with his professional music career.

Shane hit the big stage just one month later, in May 2003, opening up for music icons Kelly Rowland, Snoop Dogg, and LL Cool J at Summer Jam 4, held at the Thomas & Mack Center. And amongst the chaos of live performances, Shane released his first solo album under the stage name Change, titled, “The Verbal Assassin.”

The following year, Shane decided to take the biggest step of his career by moving to the culturally and musically diverse city of Miami, FL. After incorporating some of Miami’s flair into his repertoire, Shane released his second solo album, Therapy, in August 2007.

Therapy began a new chapter in Shane’s life, as he redeveloped his voice to profess inspirational lyrics about his life and his relationship with God. The passion Shane released in Therapy received worldwide recognition; one of the tracks, “Talkin’ Bout Jesus,” was a top download for iTunes Europe.

With two solo albums under his belt Shane decided to learn and excel in the business aspect of the music industry, culminating with the creation of his record label, Sky High Records LLC, in 2008.

Shane continued his transformation in 2009 by adding singing to his repertoire. This combined with his lyrical fluidity and urban electronic beats lead to the generation of a new variety of World music; synthesizing pop, hip-hop, dance, and electronic styles. Shane highlighted this new style the same year in his third solo album, Supersonic.

Shane released his fourth solo album, Synergy, in the summer of 2012. Synergy represents the harmony of the two tracks on the album. Shane finally had the opportunity to control his artistic vision and create his music his way. The tracks spawned from the collaboration of Shane as a complete artist (rapper, singer, producer). 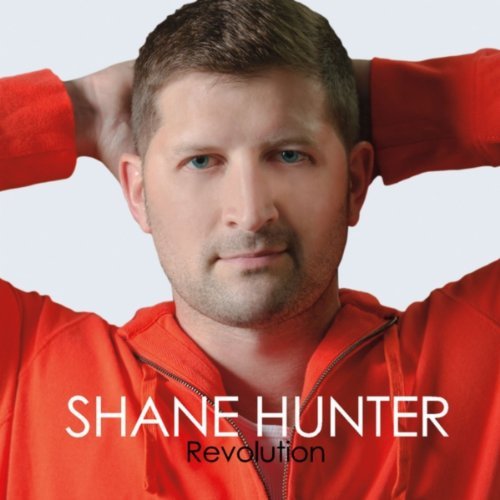 In 2013, Shane released his fifth solo album, Revolution. This album features 3 tracks, all of which were co-produced by Shane and once again include all of his own original lyrics. Encompassing Shane’s previous song styles, Revolution combines a refined sound and delivery with banging beats.

In 2015, Shane released his newest single, Fuel the Fire. Burning with positive energy and motivation, Fuel the Fire will inspire listeners across genres, from electronic to Christian, to follow their aspirations and dreams. Shane Hunter created this track to shout a message to his fans, to be true to your individuality and “Fuel the fire that is within your soul!”

Whatcha Thinking Now is Shane’s latest single, released late 2016. Featuring more rapping than his last few tracks, Shane once again demonstrates his range as an artist and the progression from his earlier rap songs. Shane is transparent with his previous personal struggles and how naive choices led to a near-death experience. That experience, and Shane’s belief in God, provided him the map to his current state; fulfilling his dreams and destiny! Whatcha Thinking Now is an accelerated, positive track with plenty of moments to “get down” as well as reflect.

Charged with passion and drive, Shane released his newest single in mid-Summer 2018, This Is Why. This energetic song is packed with a rapid-fire verbal assault rapping delivery expressing why Shane creates his music for himself and the world. Going back to the roots of Shane’s music career, This Is Why will resonate in the hearts and minds of all that listen to Shane’s story. There is a reason behind everything we do in life and Shane’s reasoning is uniquely his own. “This is why I do it!”